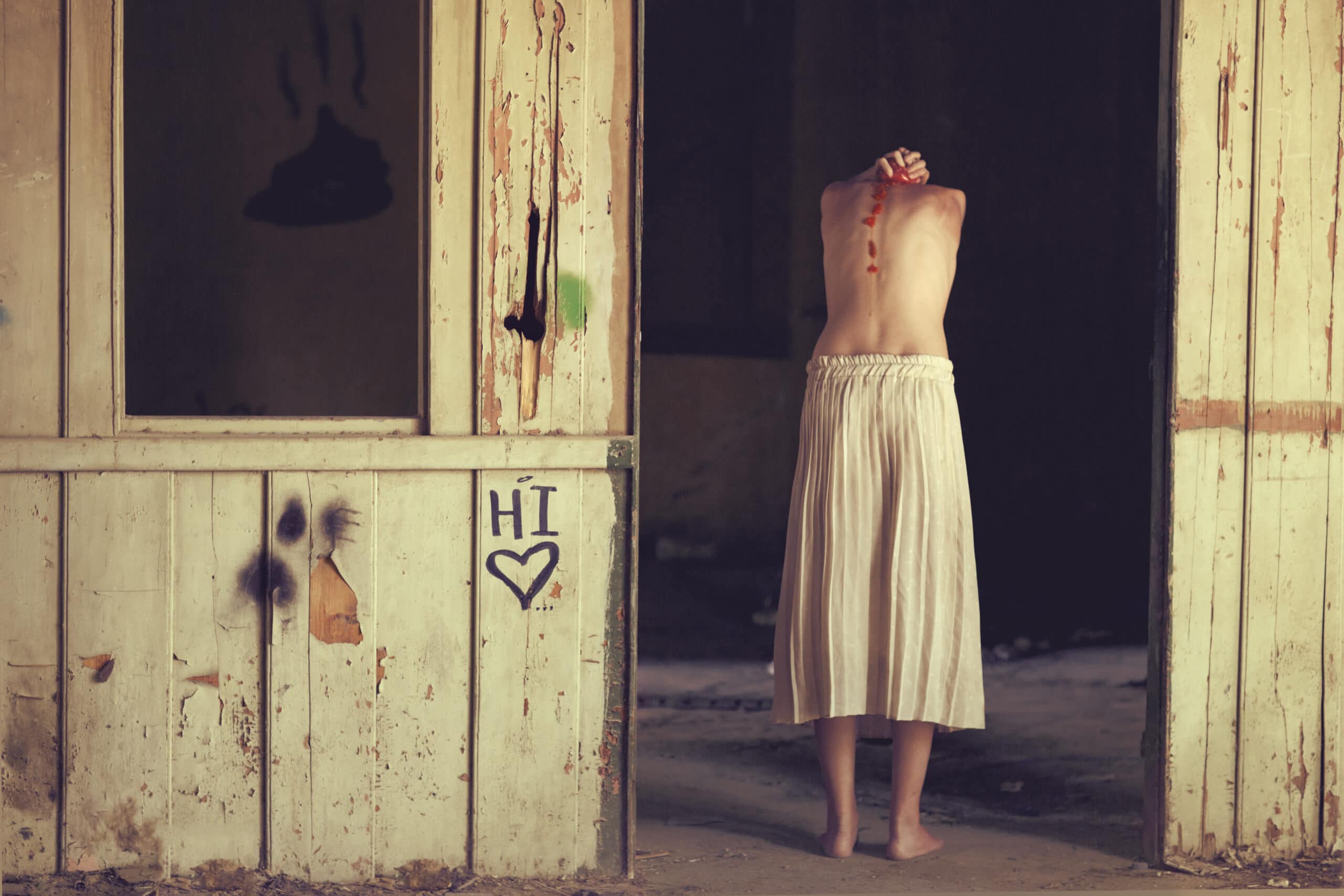 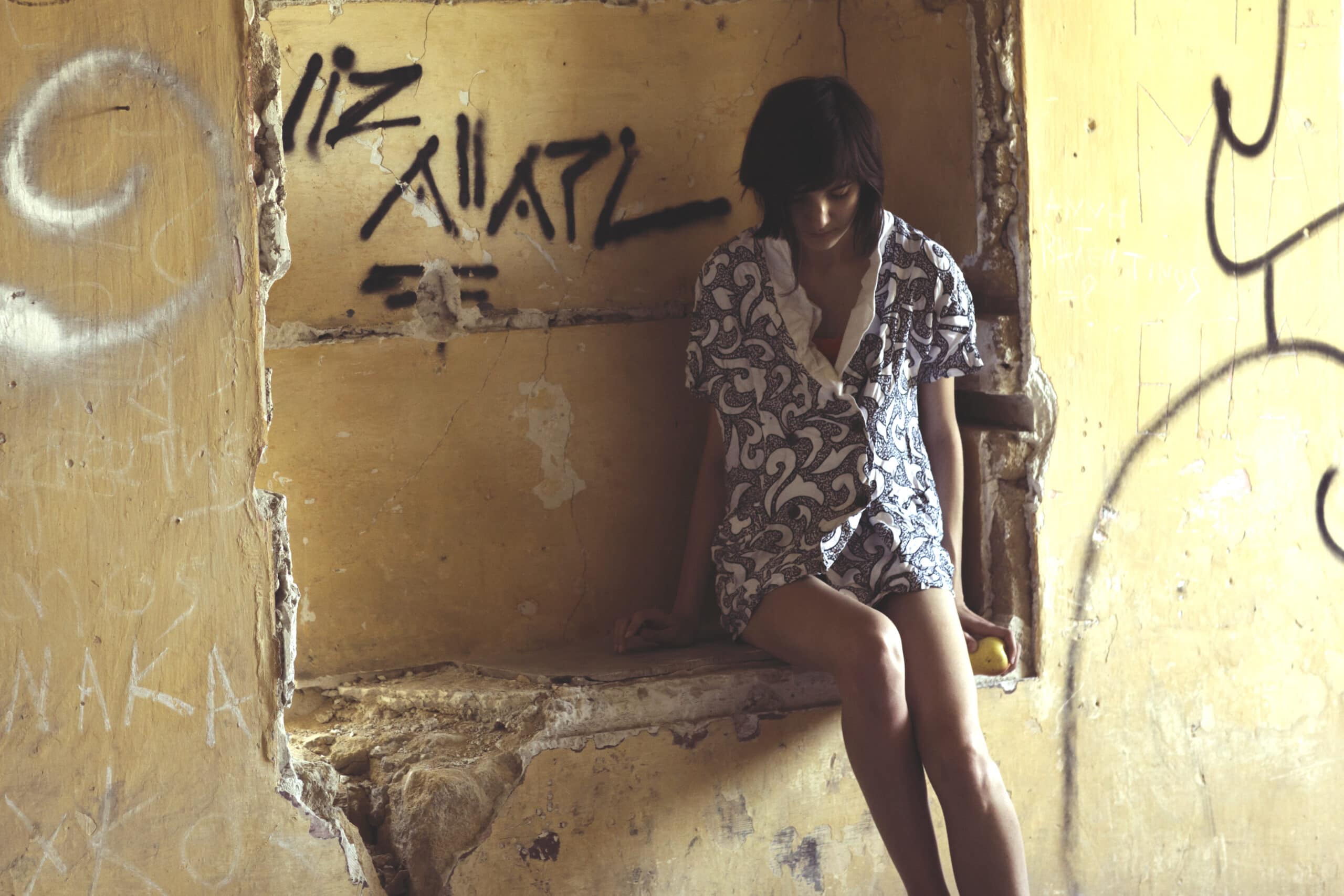 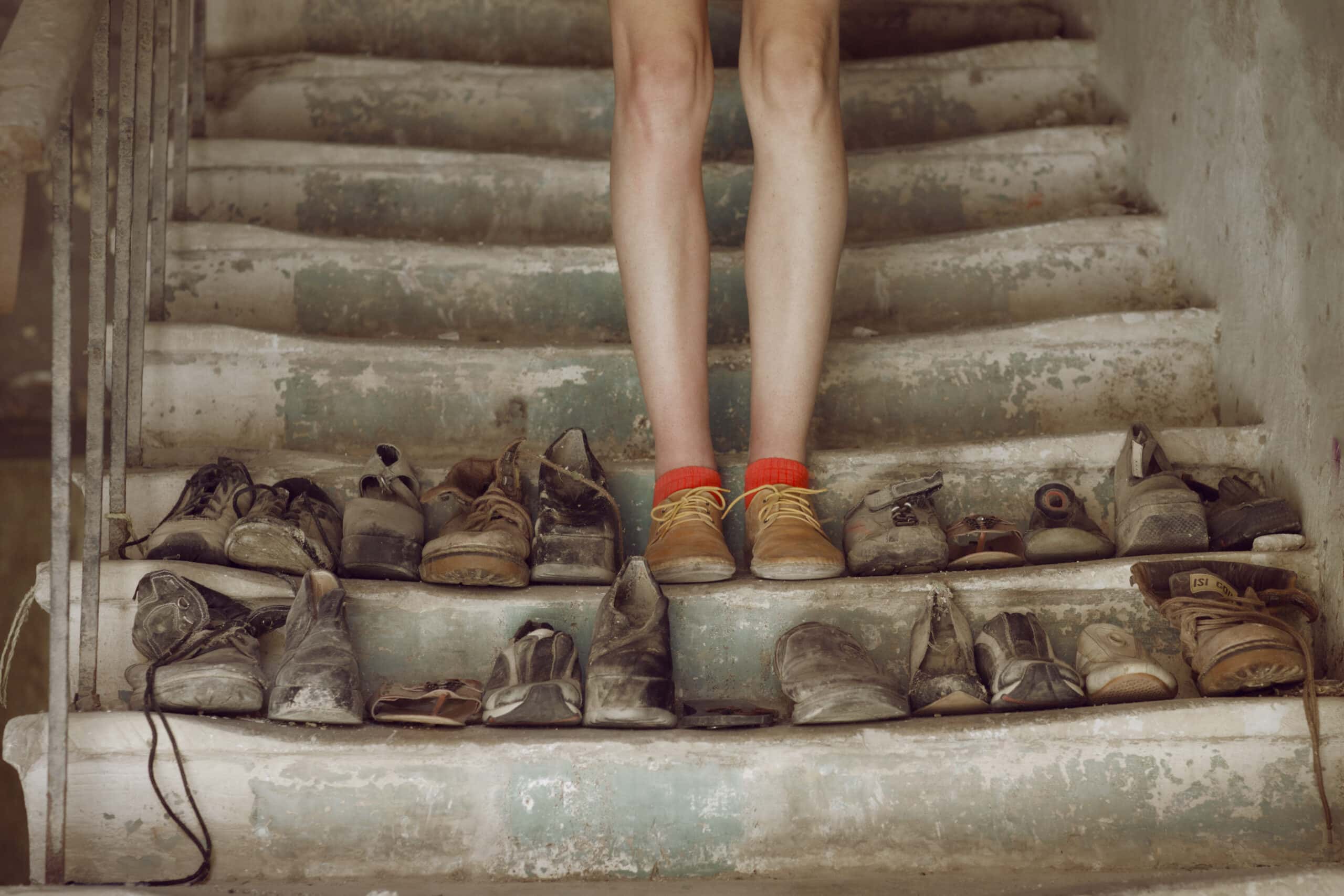 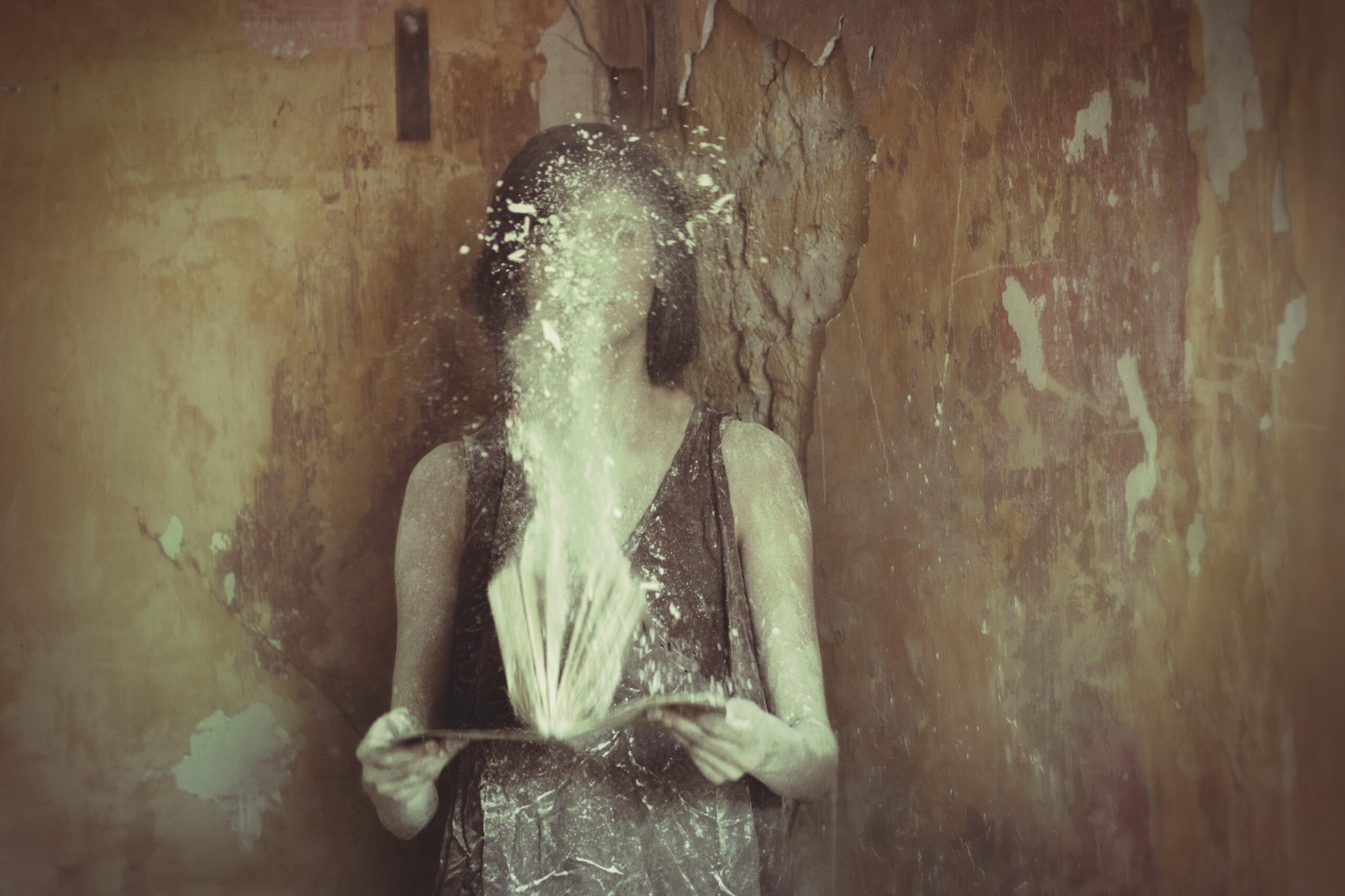 A mark. Made intentionally or accidentally. Left consciously or insensibly. Possible to vanish or indelible. Traces can be found everywhere in various forms such as: objects, writings or different smells. They all have stories behind them that no one can clearly read except the one who experienced them.

An abandoned place is a trace in itself, where more can be found. Not only the place, but also people’ s lifetimes are abandoned. Stepping in, changes the existing traces, stepping out, leaves new ones.

I discovered a room without windows. It was completely dark and smelly. Each centimeter was filled with objects, mainly clothes. Some people probably slept in it.
The clothes looked worn out. I started searching for as many shoes as I could. I looked through clothes that might fit me.

I confronted the collected objects with those I had brought from outside.
I gave new life to discoveries by prolonging their stories. I used my own material to leave traces.